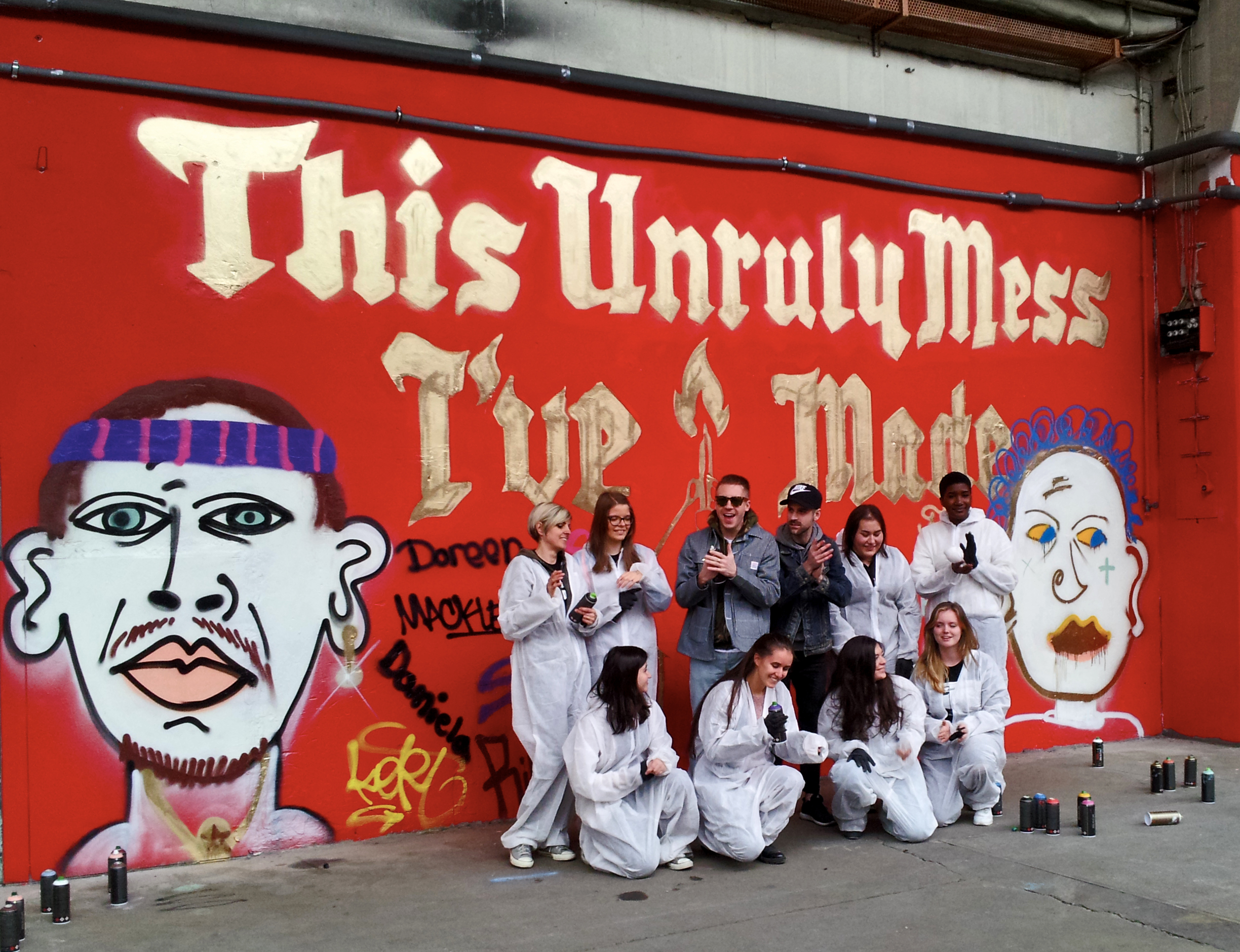 Riko & Kort painted together with Macklemore, Ryan Lewis and their fans the new album cover as a mural during their europe tour in munich.

This project was a directed filming documentation as part of Spotify’s Line Jump series.

Watch the video (exclusive on the mobile spotify app) here: